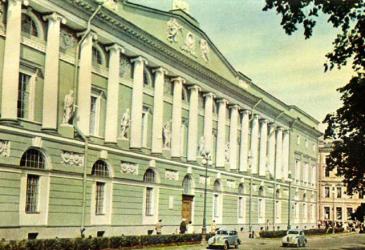 In the post-war years the structure of the Public Library developed through the further differentiation of sections and subsections according to the nature of their activities. The scholarly research and methodological departments developed especially quickly due to the library's new role as a basic methodological centre for the Russian republic. From the mid-1950s the scholarly work carried out by the library has become an ever more prominent element in its daily life and this has led both to the creation of relevant research departments and to an increased level of qualifications among the staff.  The overall size of the library staff has also grown considerably. Today it numbers more than 1,500 people.

The way the library grows is naturally determined by the needs of the time. In the post-war years the tasks it faced became significantly more complex and the demands put upon it grew. As early as 1949 the numbers of users, visits and books issued were over twice the pre-war 1940 figures. 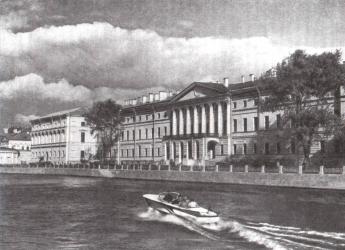 The Building on the Fontanka Embankment, 36

At that point by government decision the library was given the building of the former Catherine Institute, constructed in 1804-06 to the design of Giacomo Quarenghi. That made it possible to open new reading rooms and to set up new book repositories. The problem of storing the growing stocks has in general been one of the most pressing throughout the library's history. The question of constructing a new building was raised as early as the 1920s, but only half a century later did the Council of Ministers of the USSR take the decision to commission a design. 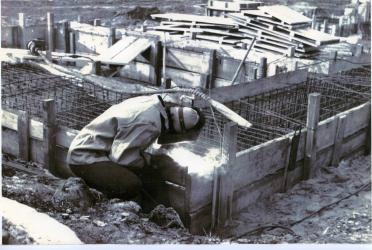 The laying of the foundation capsule for the New Library Building

Today the new library complex opposite the Park Pobedy metro station on Moskovsky Prospekt is constructed and its entry into service has resolved many of the library's problems.

The years since the war have not altered the Public Library's position within the national network of book repositories. The 1960s and 1970s were marked primarily by a strengthening of its role as a methodological and research centre for librarianship in the country. The 1976 statutes defined it as the national library of the Russian Federation fulfilling functions of significance to the whole Soviet Union. 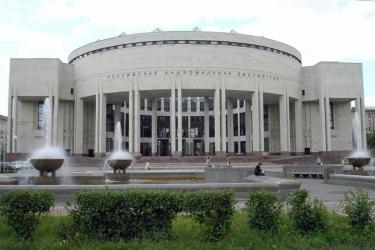 The New Building of the National Library of Russia

The break-up of the USSR in December 1991 again raised the question of the Public Library's place in the new scheme of things. The Lenin Library in Moscow, which had formerly fulfilled the role of national book repository for the whole Soviet Union, lost its former status and by President Yeltsin's decree was transformed into the State Library of Russia. On 27 March 1992 another presidential decree was issued "on the National Library of Russia". This role was now officially allocated to the Public Library in St Petersburg in recognition of its distinctive place in the nation's historical and cultural heritage.

The new status was reinforced by the "Temporary Regulations for the National Library of Russia" adopted by the federal government, which substantially expanded the library's rights and possibilities as the focal point for the country in its field of activity. The library obtained increased independence to determine the form of its activities and its direction of development. This applied to both scholarly matters and financial questions, including dealings with parties abroad. Moreover, the library has been entrusted with representing Russia's interests at an international level.