The 9th All-Russian scientific and practical conference “Library collections in the digital era: traditional and electronic resources, acquisition and use.”
(March 25 – 29, . Petersburg) 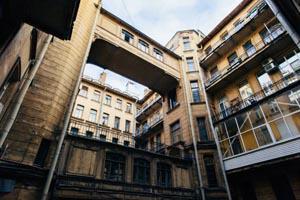 March, 27 (Wednesday)
Bus tour “The other side of St.Petersburg” 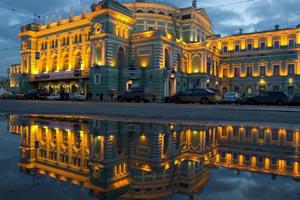 The exciting and special excursion dedicated to the theatrical life of St.Petersburg introduces the history of first theaters appearance in the city on the Neva River, peculiar aspects of their development, the role of theatres for aristocratic circles, Imperial Court and ordinary people of the city and also describes modern theatrical Petersburg.
During the tour you will see the places where great opera and ballet stars were brought up and hear how they were trained. Your attention will be attracted by beautiful buildings of the theaters and you will hear about famous ballet-dancers who glorified them (Maria Taglioni, Matilda Kshesinskaya, Avdotya Istomina, Anna Pavlova).
You will see the Menshikov Palace (the former Land szlachta corps), where Russian dramatic art took its rise, admire main venue of the performances for the Court - the Hermitage Theater, visit the Art Square, where music and theatrical art make harmonic ensemble. At the Sheremetev Palace you will hear a story about great love of the owner of the palace and his serf actress. During the tour you will visit the cultural center of St.Petersburg – the Theater Square with the world famous Mariinsky Theatre, the pearl of our city. 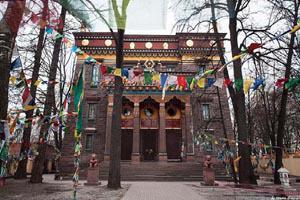 March, 29 (Friday)
Bus tour “St.Petersburg - the city of all religions”

There are 268 denominations and religious groups in our city: Russian Orthodox, Old Believers, Armenian, Roman Catholic, Lutheran churches; Islamic, Buddhist and Judaic associations. Peter the Great intended to create St.Petersburg as one of the world capitals. Therein lies the uniqueness of St.Petersburg that makes it different from other cities of our country. That is why you can find here a great variety of magnificent cathedrals of the major world religions. You will hear an interesting story about religious canons, you visit the Catholic Church of St. Catherine, located on Nevsky Prospekt and extant since the time of the Empress Catherine the Great, as well as the Lutheran Church on Vasilyevsky Island, which was built in 1771 for the German community. The church is famous for its excellent acoustics of the halls and the largest mechanical pipe organ in St. Petersburg.
We will also visit one of the most beautiful synagogues in the world - the Grand Choral Synagogue and will see an Islamic house of worship - the Cathedral Mosque. Next we will go to the only Buddhist temple in St.Petersburg - Datsan and visit it, accompanied by a Buddhist monk.

Meeting place for tour participants is near the entrance of the new building of the National Library of Russia (Moskovskiy prospect, 165, building 2) 20 minutes before the departure.
Tours are paid on the first day of the conference upon registration on March 26, 2019.