Lectures voltairiennes 2022 Russia and France: сonstructing national narrative in the age of Enlightenment 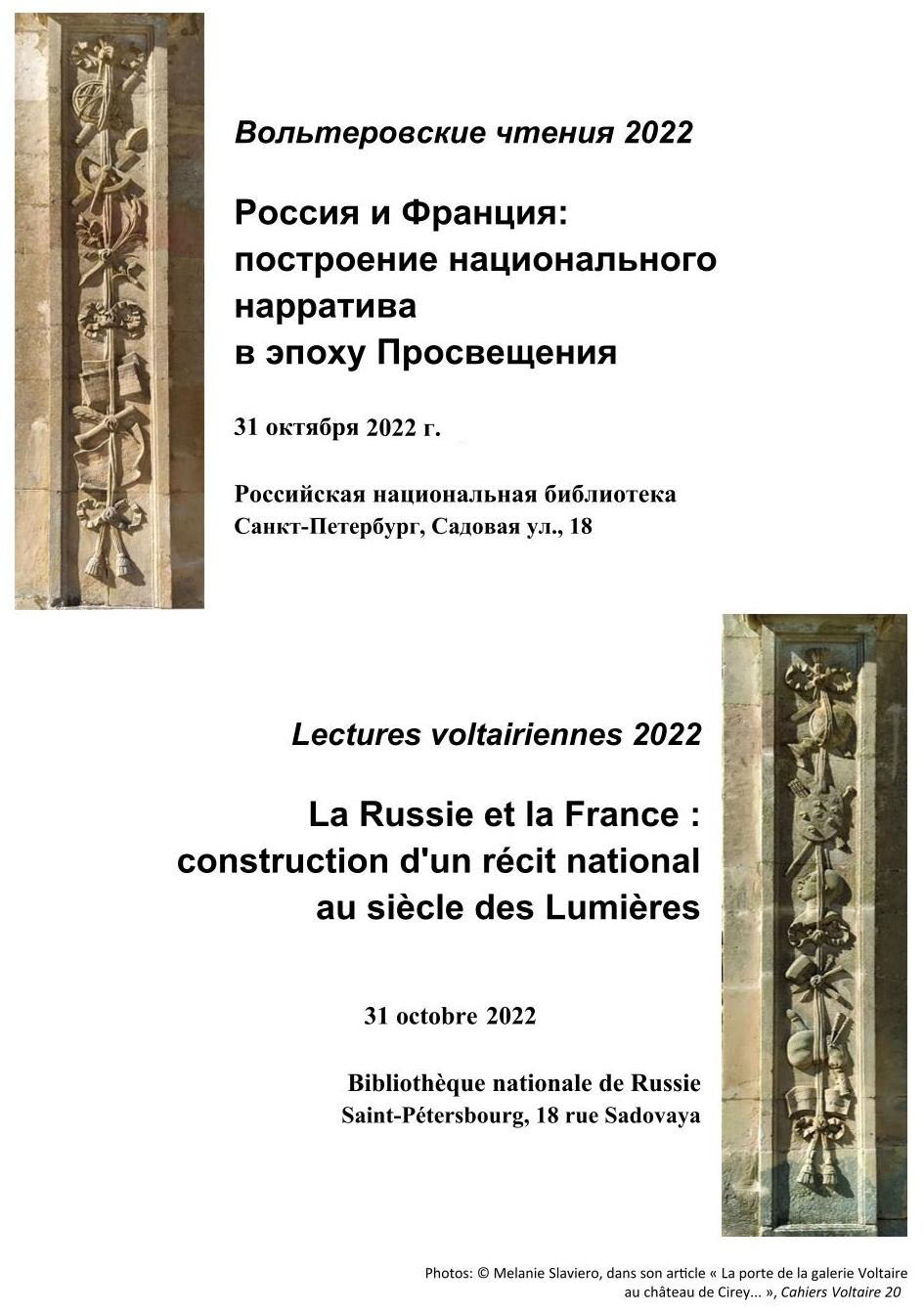 The year 2022 marks the 350th anniversary of the birth of Peter the Great, who remained in historical memory as a reformer who turned Moscovia into the Russian Empire. The movement set by him, which brought Russia among the Great Powers and ensured its entry into the European cultural space, was accomplished in the age of Enlightenment, under the reigns of Elizabeth Petrovna and Catherine II.

In the eighteenth century, historical knowledge in Russia begins to assume scientific forms. Same as in Europe, this is an era of active acquaintance with foreign countries and peoples by methods of science, the creation of the image of Other supported by scientific data, attempts to find new ways of self-representation.

Centre for the Study of the Enlightenment Voltaire Library proposes to devote the next conference to issues related to the formation of national historical narrative in European countries in the eighteenth century, primarily in Russia and France.

This conference proposes to address the following questions:

Please address your proposals at voltaire@nlr.ru, including the topic of your paper, along with an abstract (200-250 words), by 31 July 2022.
The Organising committee will select proposals following the criteria of interest and relevance to the Lectures voltairiennes 2022 programme.
Papers can be given in Russian, French or English.
Each participant is asked to speak for no longer than 20 minutes.
Travel and hotel costs to be covered by the participants.
The conference proceedings will be published in the following issue of Lectures voltairiennes.