The National Library possesses one of Russia's most complete collections of 15,000 banned and illegal publications which were produced both at home and abroad between 1853 and 1917. 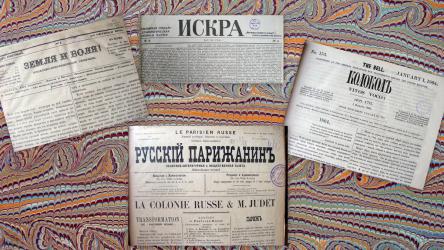 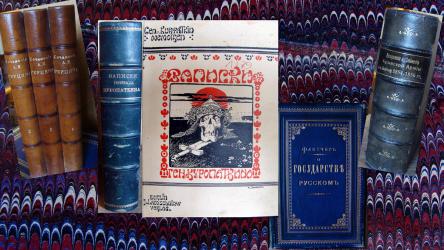 They were originally stored in the holdings of the Secret Department which existed in the Library until the 1917 Revolution. Grouped together under the title "The Free Russian Press", this collection contains many books, newspapers and periodicals which have already become bibliographical rarities. Among them are such noted publications as Alexander Herzen's Kolokol (The Bell) of the 1850s-60s and Lenin's Iskra (The Spark) of 1900-03, as well as leaflets which caused a stir in their time — among them To the Students of St Petersburg University from Their Fellows of which, according to the general catalogue, the National Library has the sole surviving copy.

The collection is described in the printed catalogue: The Free Russian Press in the National Library of Russia. Edited by V.Anderson. Petersburg, 1920.