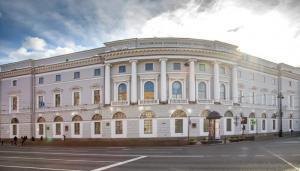 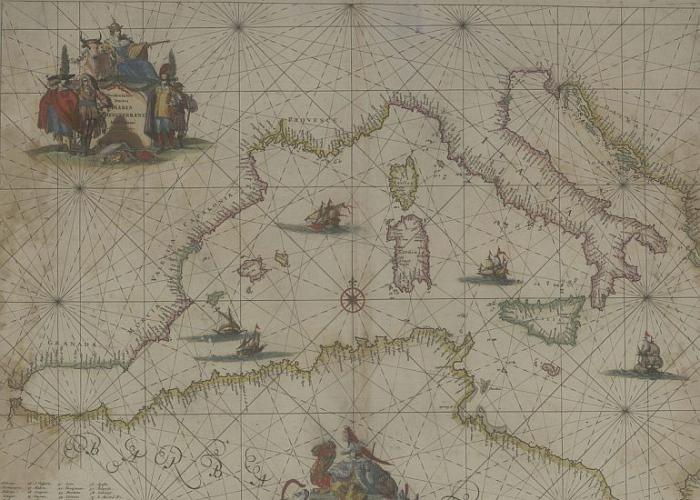 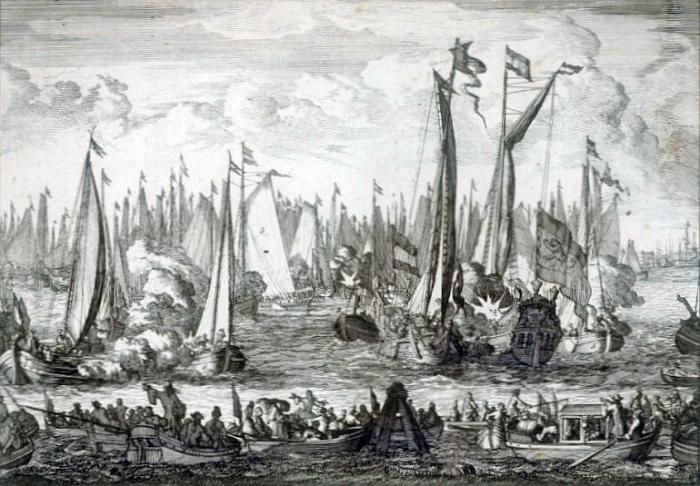 Engravings of the time of Peter the Great

The National Library of Russia is happy to announce an exhibition Engravings of the Time of Peter the Great, dedicated to the 350th anniversary of the most famous Russian Emperor (1672-1725).

Engravings, often accompanied by parallel texts (in English and Latin, German or French), informed Russia and Europe on the establishment of the Russian Navy and its victories. They glorified the emperor, depicted land battles and military victories, featured festive events and St. Petersburg, the new Russian capital founded on May 27, 1703. 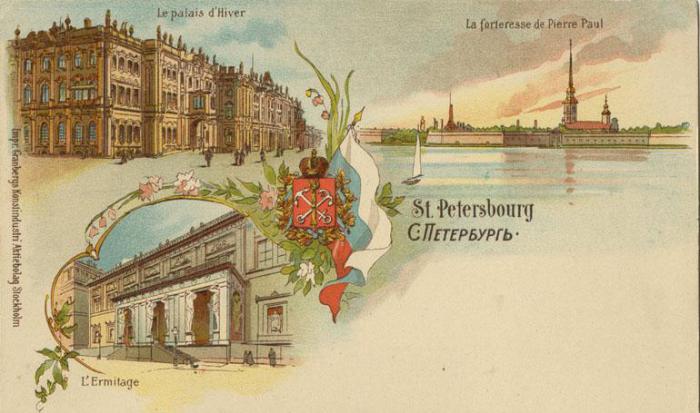 The online exhibition is dedicated to early souvenir postcards from our collections, depicting famous attractions of Saint Peterburg. The exhibition showcases more than thirty rare "Greetings from Saint Petersburg" postcards of the late 19th century. They are among the earliest postcards displaying recognizable sights of the northern capital. 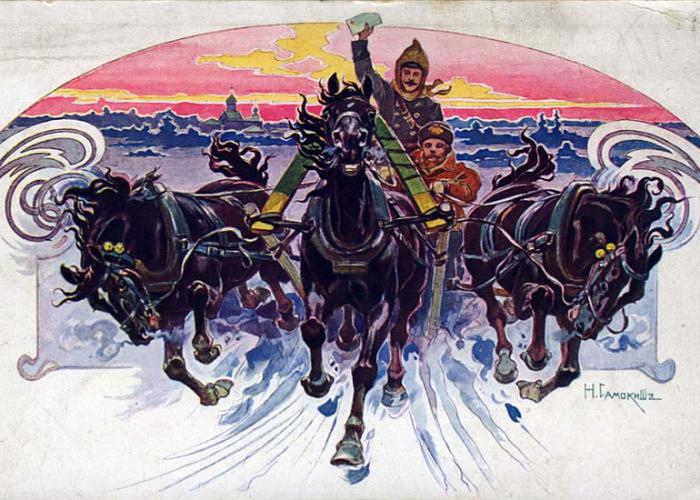 Explore the history of postcards in Russia with the Pioneer Russian Postcards online exhibition. On display are art postcards from our collections, issued by Russian and Swedish publishers in  the late 19th - early 20th centuries, which reproduce art works by celebrated artists. 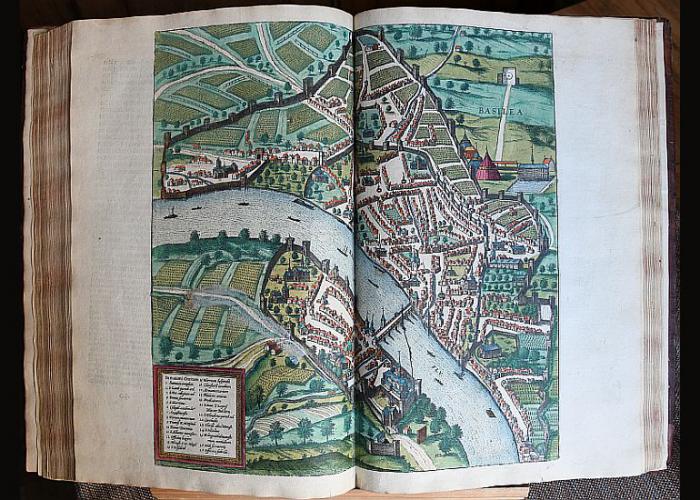 The online exhibition showcases early printed books held in our Rare Books Collection. The books, issued by celebrated pioneer Swiss publishers in the 15th century, tell the story of the beginning of printing in Switzerland. 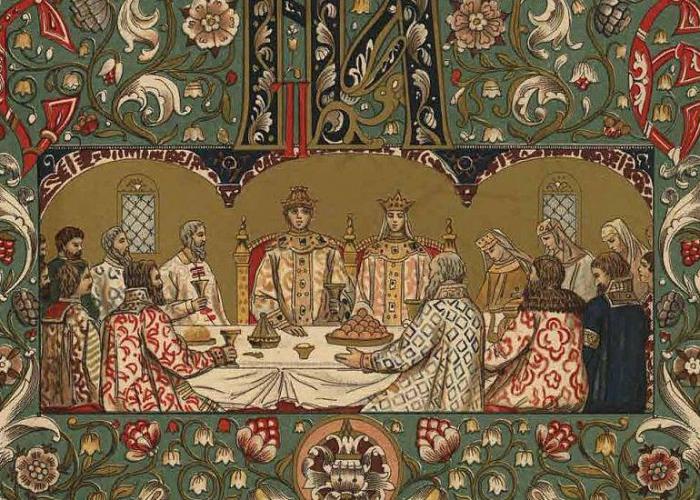 The National Library of Russia presents menus that are rightly considered the masterpieces of graphic art. The online exhibition takes you to a selection of historical menus drawn out of about a hundred items held in our Prints Collection. Menu-cards were designed to match special occasions, including coronation events. 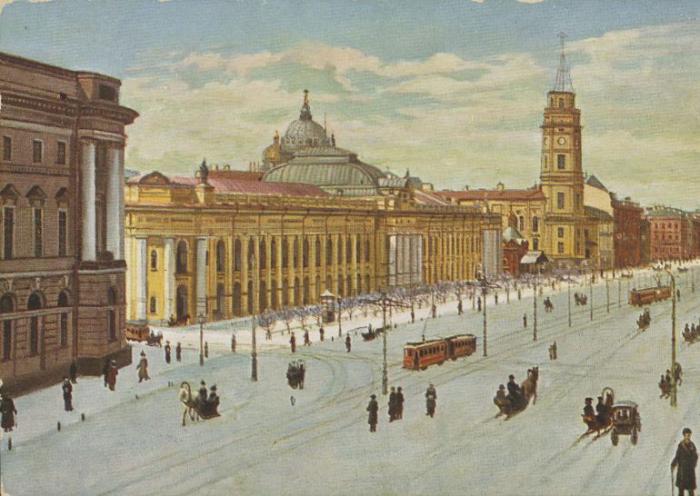 The online exhibition showcases early postcards from our collections, depicting winter scenes of Saint Peterburg, then the capital of the Russian Empire. The cards, issued by Russian and Swedish publishers in  the late 19th - early 20th centuries, contain reproduction of works by famous and  less known artists. 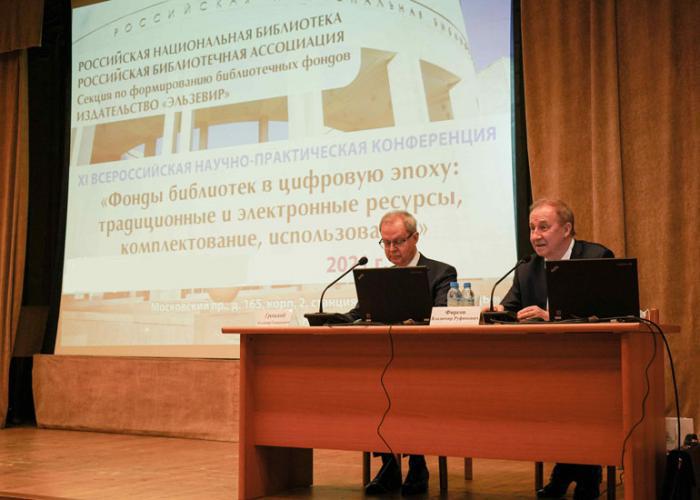 Library Collections in the Digital Era: Traditional and Electronic Resources, Acquisition and Use

The 12th All-Russian research conference Library Collections in the Digital Era is planned to take place in Saint Petersburg from  30 March  through 1 April 2022. The National Library of Russia would like to invite you to participate in this year’s event.

Registration for the conference will stay open until 14 March 2022. 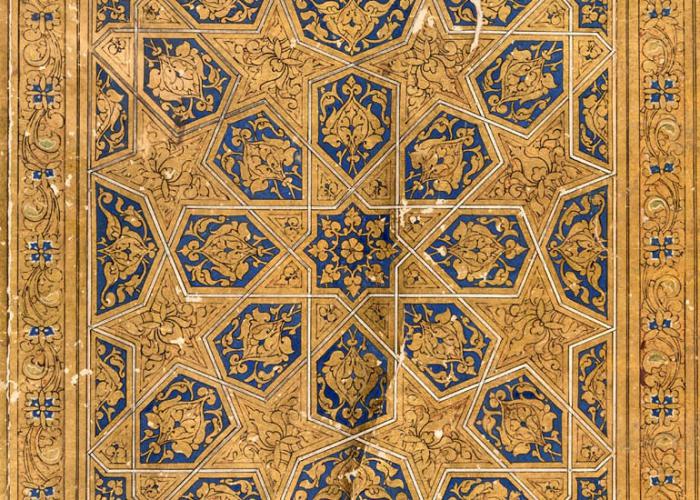 The online exhibition displays part of the сollection of 240 handwritten Qurans, cared for by the National Library of Russia. Among exhibits are exqusively illuminated manuscript books, miniature Qurans, talismanic scrolls and muraqqa albums. 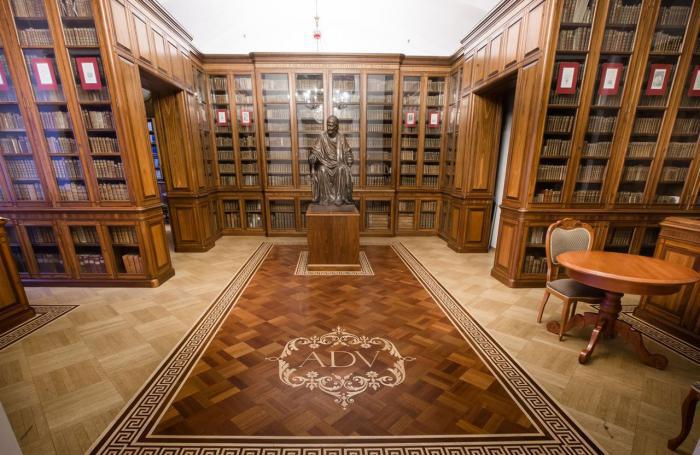 The National Library of Russia presents the online exhibition Voltaire and Religion,  which showcases materials from the Voltaire Library.

Our exhibition provides answers to these and many other key questions regarding the famous French writer, his philosophical and religious views. 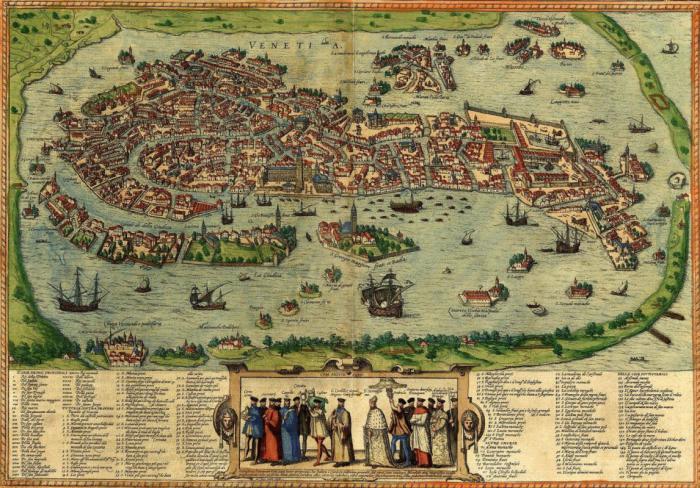 Venice Then and Now. 1600th Anniversary of the City

This exhibition from our rich Map Collection marks the anniversary of Venice's founding in 421. It traces the sixteen-hundred-year history of the city through materials of the 16th-21st centuries. On display are beautifully decorated ancient maps and  practical guide books with modern tourist maps. You can enjoy the views of the floating city that was built in a lagoon of water on islands separated by canals, but connected by bridges. 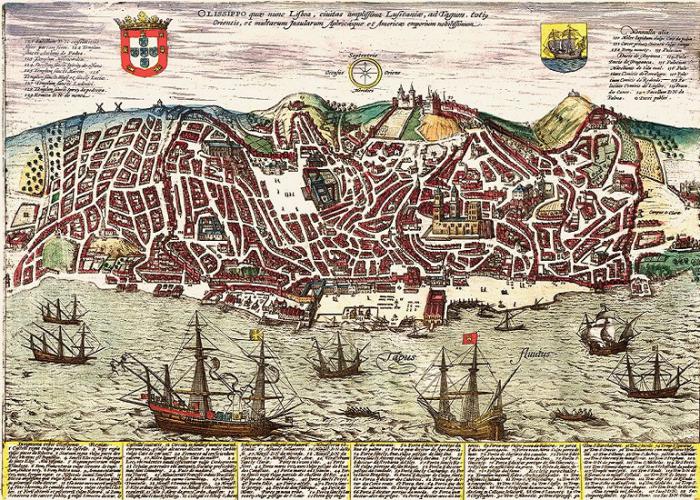 The National Library of Russia invites you to explore a treasure of our Map Collection, the first city atlas Civitates orbis terrarum. The online exhibition takes you to a selection of cities in Renaissance Europe, Asia, Africa and South America for a virtual wander! 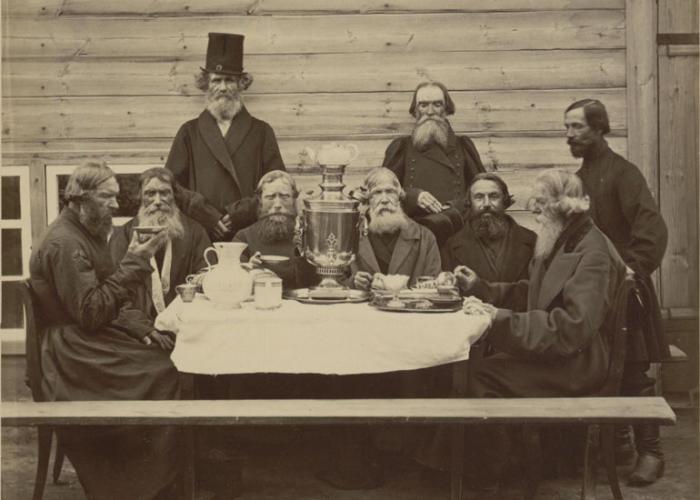 Photo Trip around the Russian Empire

Photographs began to come into the Imperial Public Library (now the National Library of Russia) in the mid-1850s.The works by Russian photographers make up an extensive photo gallery documenting the vast Russian Empire. Photographs depict forests, rivers, mountains and other landscapes, the local people and architecture, as well as scenes from the life in villages and cities. 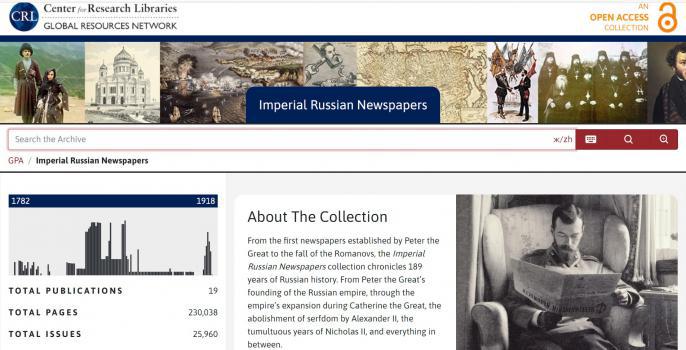 The National Library of Russia presents the collection of digitized historic newspapers spanning the period from 1728 to 1917. 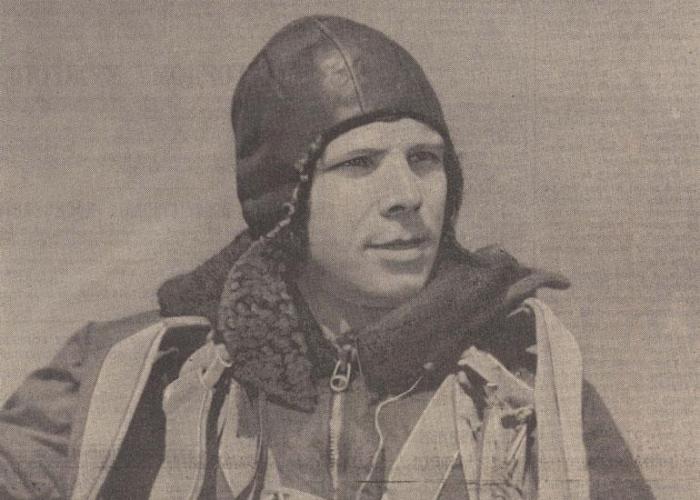 The National Library of Russia is happy to present the exhibition "Let's go!": Space for Adults and Children, celebrating  sixty years since historic Gagarin's space flight.

The exhibition tells about the aerospace industry, about the launch of the first artificial Earth satellite and the first space flights, about such iconic figures in space history as Yuri Gagarin, Sergey Korolev, Konstantin Tsiolkovsky, Alexei Leonov. 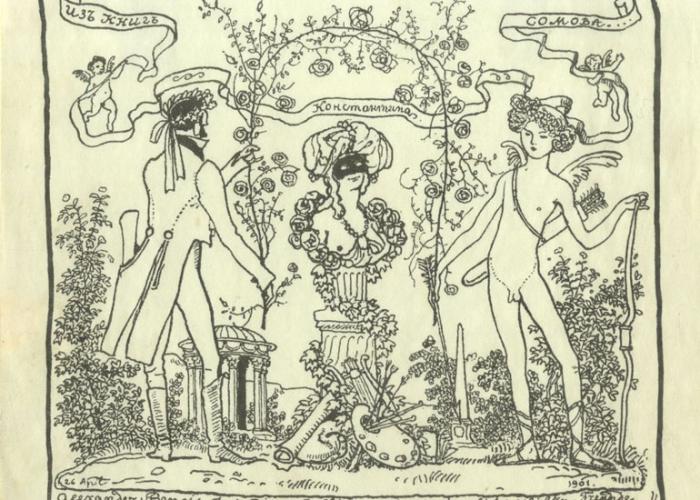 A golden age of art bookplates is associated with members of the World of Art group. The most prominent names include Boris Kustodiev, Konstantin Somov, Mstislav Dobuzhinsky, Ivan Bilibin, Yevgeny Lanceray, Anna Ostroumova-Lebedeva, Alexandre Benois, Leon Bakst. Free-form bookplates of these famous artists rank among the greatest achievements of graphics.

View the online exhibition drawn from our Prints Collection. 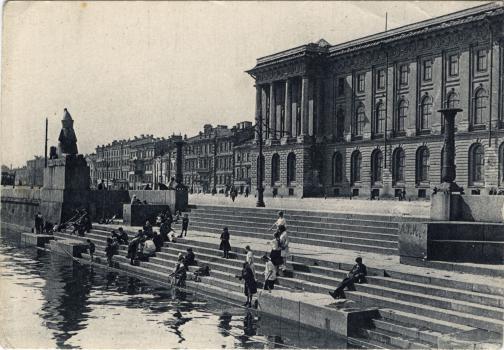 A grand building of the Academy of Arts in St. Petersburg is an outstanding masterpiece of Classicism, created in 1764-1788.  The granite quay, in front of the Academy,  is decorated with two ancient sphinxes that were brought from Egypt to Russia.

See early postcards with the views of the Academy, its interiors and artworks from the Museum of Academy. 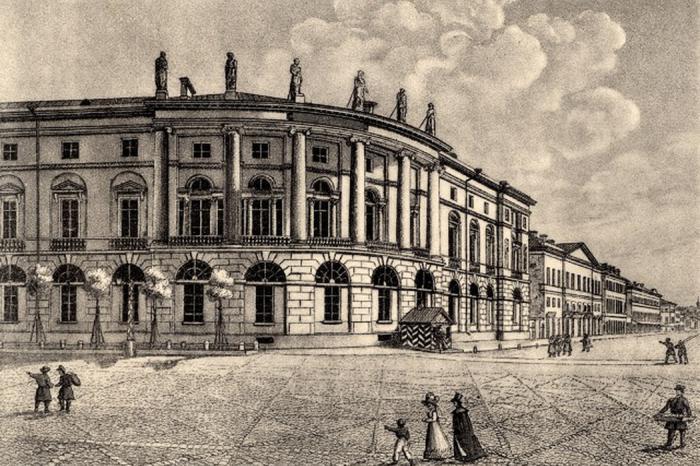 207th anniversary of the Opening of the Imperial Public Library

See what our Library looked like in the 19th century. Compare historical pictures and descriptions of the reading rooms with present-day photos.

You can also find lists of our popular online resourses.