Insight into the Past 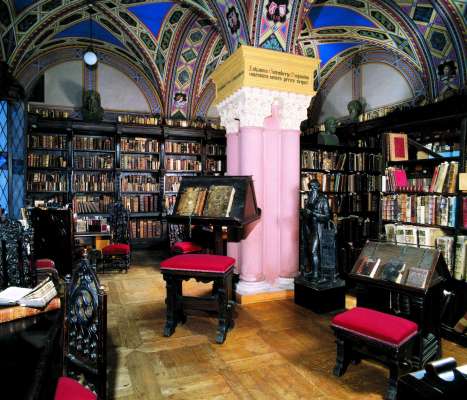 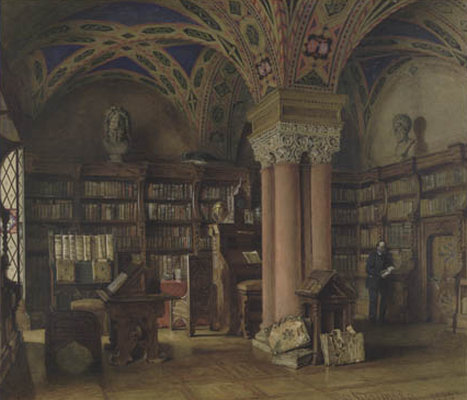 "... The painted cross vaults of the ceiling are held by a massive middle pillar made up of four columns, combined into one. Two lancet windows are composed of colored glass rosettes and trefoils. Twisted balusters support ledges of vault-height huge bookcases. A stand for writing seemed straight out of old woodcuts. On it, there are a cuckoo clock, striking the hours, and an Arab green globe with an astrolabe. Every detail here has been crafted to provide a medieval look... Everything, even down to an inkwell, resembles the monastery library of the fifteenth "typographic" century."

"There are a heavy table and armchairs, a calmly soaring vampire hanging by an invisible thread, a bench for reading chained books, clumsy spread hinges and locks on the side doors...The red coats of arms of the pioneer printers – Faust and Schaeffer of Mainz, Zenzenschmidt and Friesner of Nuremberg, Ter-Guernen of Cologne, Wenzler of Basel – are painted above the column capitals of the middle pillar...""

Strolling through the Imperial Public Library. 1872

The Gothic Hall, or "Faust's Study", was built, decorated and furnished in medieval style by designs of architects Ivan Gornostaev and Vasily Sobolshchikov in 1857. This is the most remarkable venue of the Library. It looks like an European monastery cell of the 15th century. In the center of Faust's Study is a statue of Gutenberg by Torvaldsen, a famous Danish sculptor. Above the column capitals are the inscriptions "the first examples of the art of printing are stored here" and "the inventor of printing Johannes Gutenberg's name will live forever".

The study houses volumes published in the earliest stages of printing (before 1501). At that time, books were very rare and expensive. So they were often chained to the shelves to keep them from being stolen.
Such early printed books are called incunabula, meaning "in the cradle", because they were produced when the typography was in its infancy. 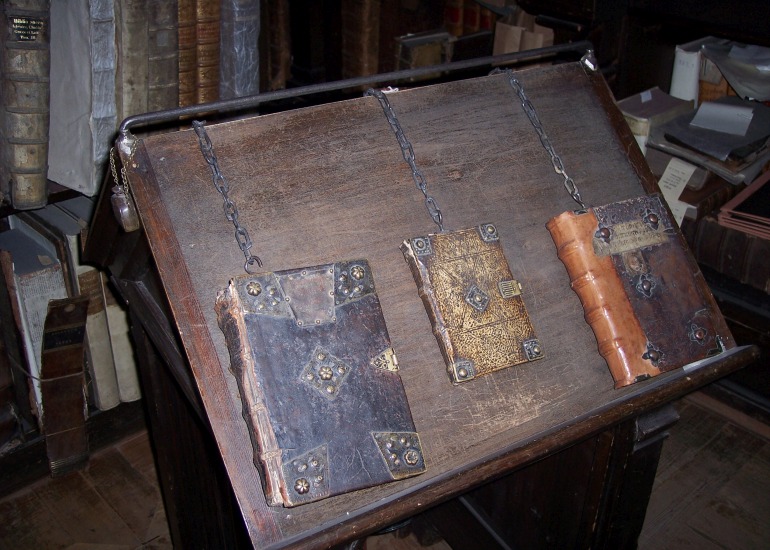 Incunabula in the Digital Library 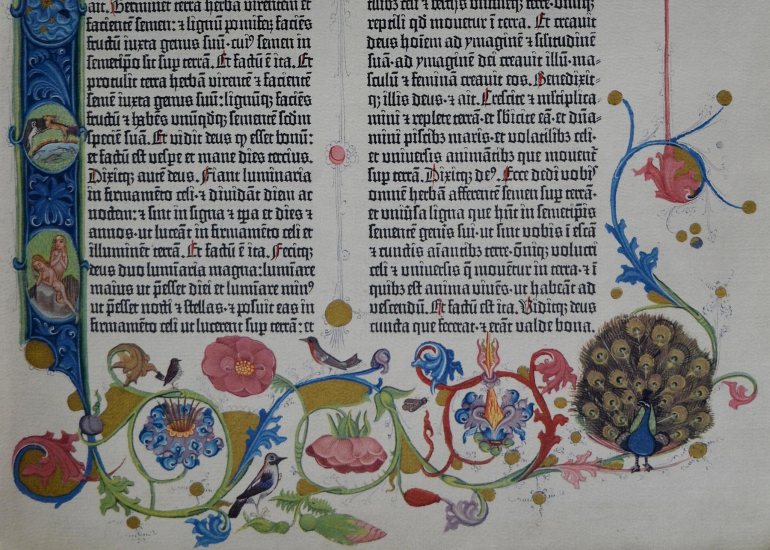 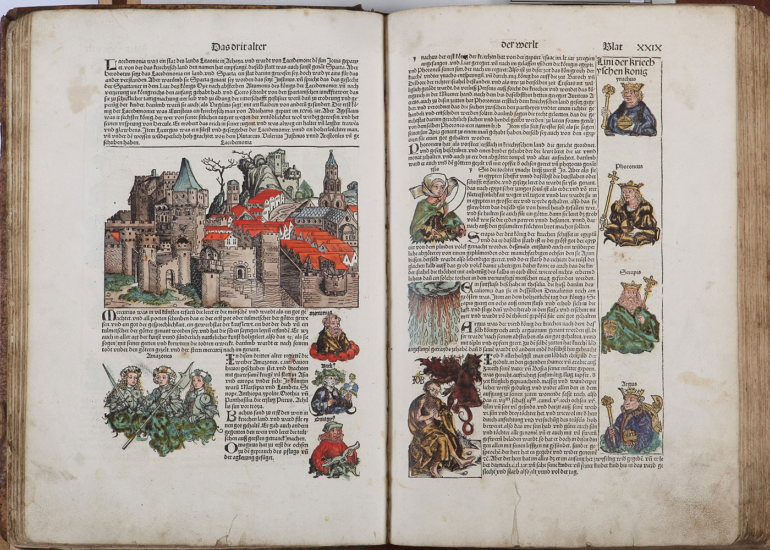 Faust's Study was built in 1857 as a special repository for early printed books.
You will see rare examples of chained books in the orginal bindings of the 15th century, as well as one of the first printed books — an example of medieval astrology by Johann Engel, published in 1488.