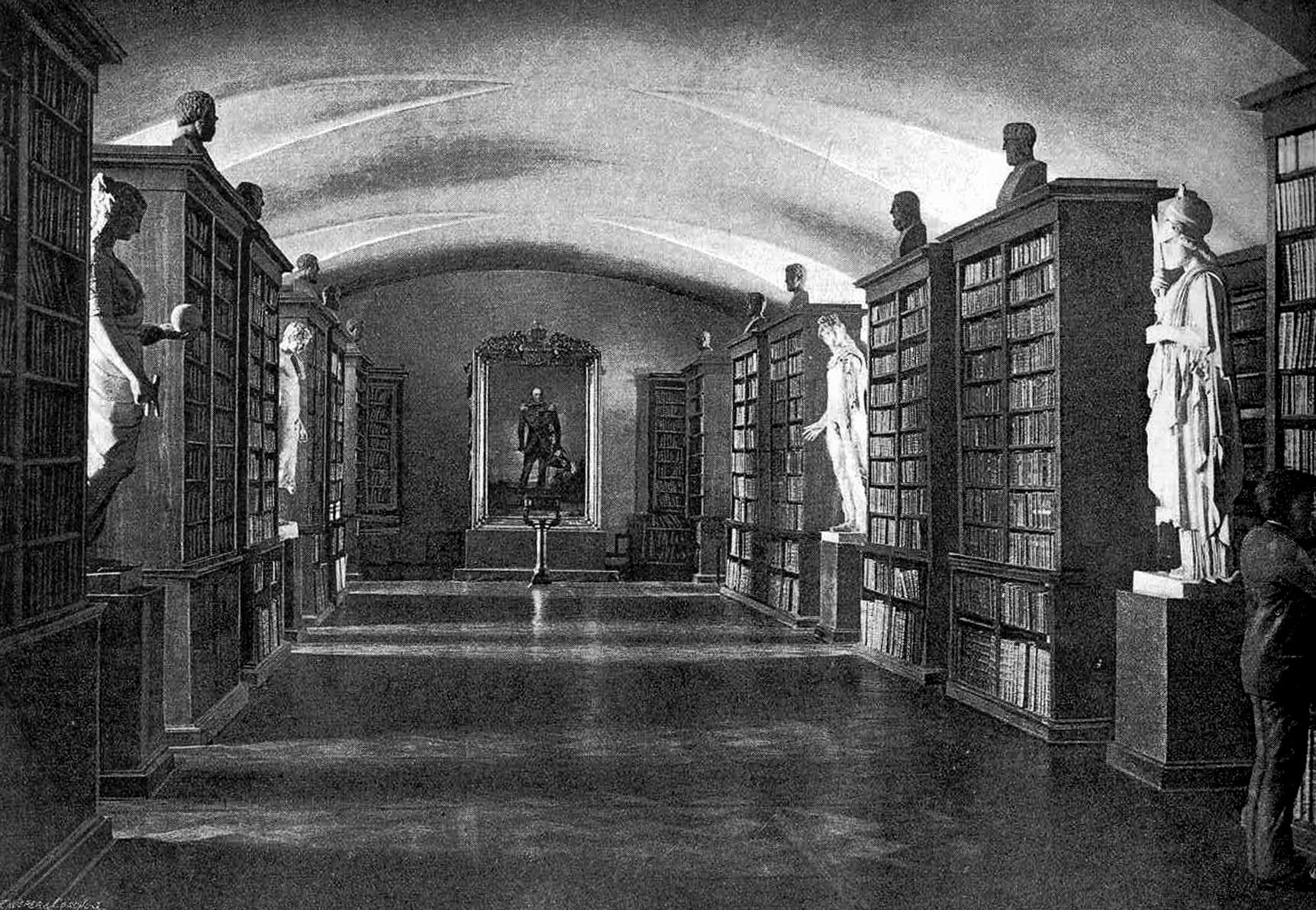 "... Bookcases, arranged along the walls, contain the Greek and Roman classics, both original texts and translations into all languages. The works of Oriental writers are placed in the first two bookcases to the left of the entrance ..."

" Between the bookcasess, there are beautiful large plaster copies of the world's most famous statues: Apollo Belvedere, Minerva Medica, Vesta and Hermes by Praxiteles of Athens. In the back of the room, opposite to the entrance, is a full-length portrait of Alexander I. It was painted in the year of the Emperor's death by the celebrated artist George Dawe ..." 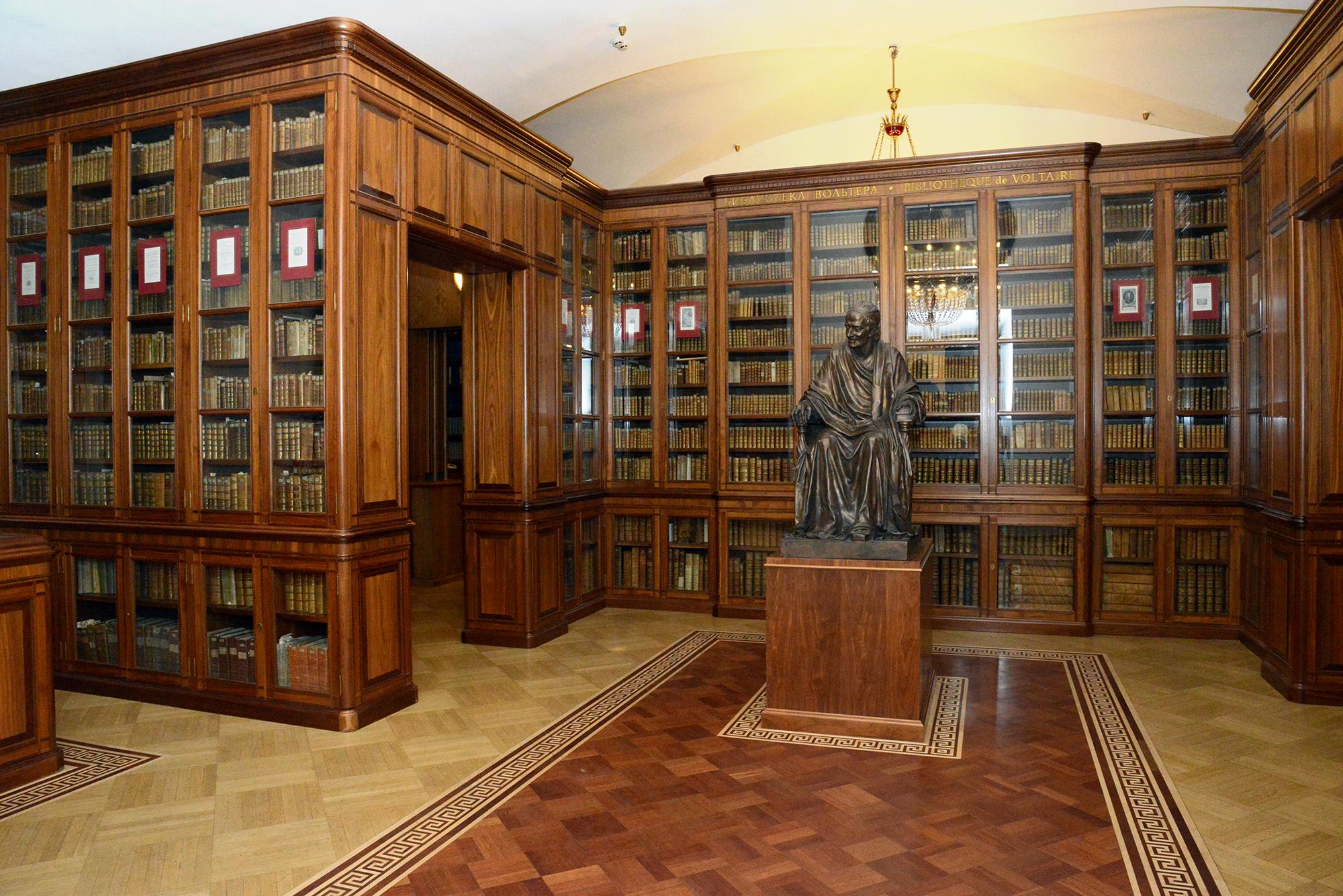 The founder of our library, Catherine the Great was a patron of arts and an avid bibliophile and collector. She was especially intrested in the French literature and philosophy of the Enlightenment. For many years, she exchanged letters with the French enlightener Voltaire, one of her favorite authors. After his death, Catherine II decided to purchase Voltaire's library. The library was sold by Marie-Louise Denis, Voltaire’s niece and heir.

To provide suitable facilities for the preservation of the Voltaire Library and to make the collection better known, the Centre for Study of the Enlightenment was established in our library in 2003. The great thinker’s library lies at the heart of this centre.

The center occupies two rooms, one of which is memorial. It houses the library itself and a bronze copy of the famous seated statue of Voltaire by Jean Antoine Houdon.

Architects of the NLR.
Fragment with views of the Voltaire Library 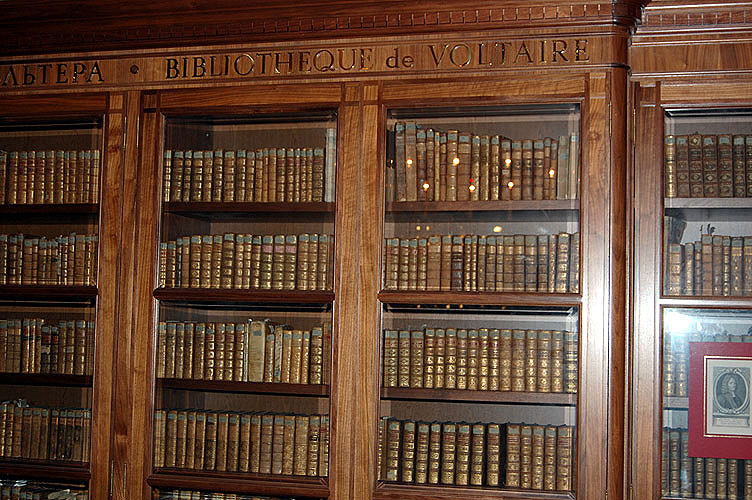 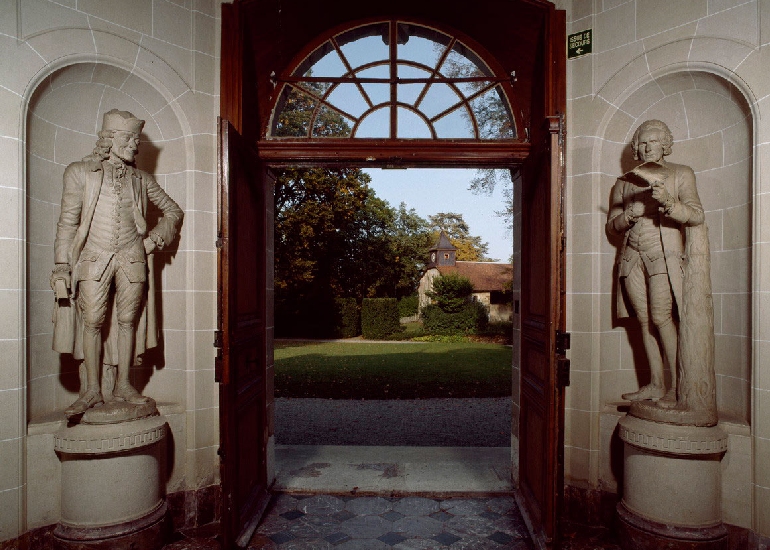 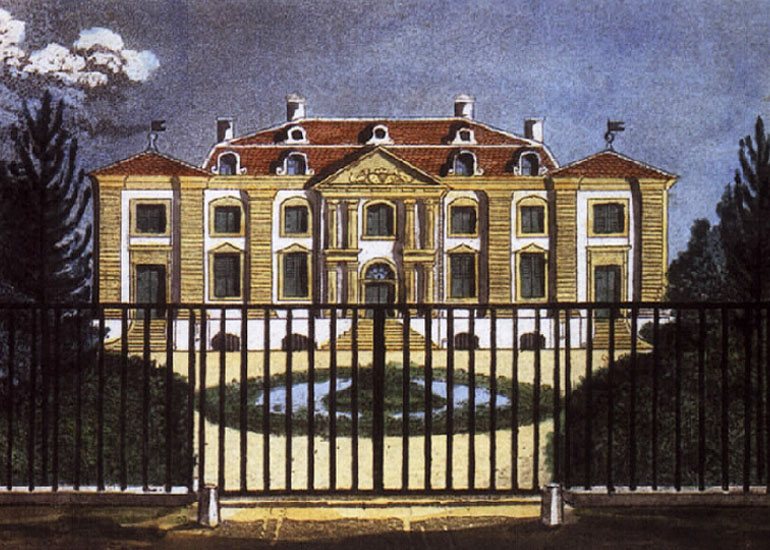 The Voltaire Library is the only well preserved library of a French author of the Enlightenment (in France, no such libraries exist today).  The Voltaire Library consists of 6,814 volumes on diverse subjects. Many of the books contain notes in the hand of the philosopher.

In addition to books and manuscripts by Voltaire, you will see  projects for building a replica of Voltaire’s Castle near St.Petersburg, samples of the Castle's furniture upholstery and walls covering.