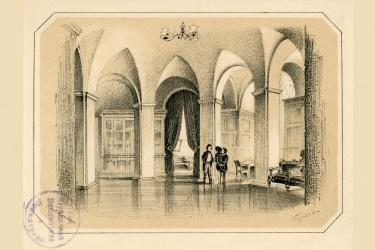 "... It is a vast oval room that occupies an obtuse corner between Sadovaya street and Nevsky Prospect. The wide, non-right angle presented a real challenge to an architect. The oval design is a beautiful solution to this difficult corner problem. The room has ten interior pillars, symmetrically distributed in a circle...»

The pillars, supporting a light, spherical vault, are connected together by semicircular arches. All architectural components, surrounding the pillars, are also ingeniously designed. For instance, the doors to the next rooms and the facade windows are placed so skillfully that the arches seem frame them.

There are wide recessed alcoves between five large semicircular windows. The first left recess is occupied by the Director Office, decorated with busts of famous writes and a painting of the first Emperor Alexander's visit to the Library on January 2, 1812. The Library Office is located in the second alcove. In the third, directly opposite the entrance, there is a large iron chest on wheels, for storing cash. The Accountant's and Treasurer's Desks is placed in the fourth pier. The fifth niche contains a light iron spiral staircase, installed for an internal passage to the first floor. A bed for the night watchman is hidden in a low closet under the staircase.
The Director Office and the night watchman closet are decorated with curtains which can completely hide them from the public. In front of the cash chest there is a sofa for visitors and a clock. Between the pillars there are two large English globes of the earth and the stars, by John Addison.
Tall ash bookshelves are arranged around the entire room, with the exception of two extreme corners. Busts of writers sit on the top of bookcases with glass doors, containing books on medicine. Tightly closed cabinets at the windows are intended for the archives, papers of the Library Office, account books, etc. ..." 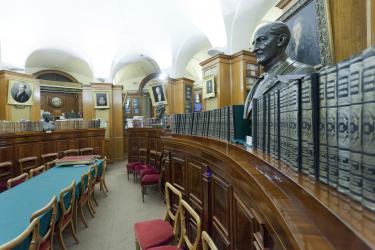 Until 1862, readers entered the library from the courtyard. Visitors went inside of the entryway where they left their coats, hats, and sticks to an attendant. Then they moved up several steps to reach the staircase landing, decorated with Etruscan vases on two small stoves in niches. Only then they walked into the Reception Hall (now the Manuscripts Round Room).

Wide niches between large semicircular windows were used to create five areas, intended for the office of the director, the night watchman closet, the Library office, the cash desk and the stairs that led to the upper floors of the Library.

Portraits of Russian scholars and writers in gilded frames were hung over low ash cabinets. Bronzed plaster busts of the famous scientist M. Lomonosov, the playwright V. Ozerov, the poets A. Pushkin and G. Derzhavin, directors of Library N. Olenin and M. Korf are placed on top of the cabinets. In 1816, a marble bust of Emperor Alexander I by the sculptor V.I.Demut-Malinovsky, was installed in the center of the hall.

Architects of the NLR.
Manuscripts Round Room and a casket containing the Library's establishment documents 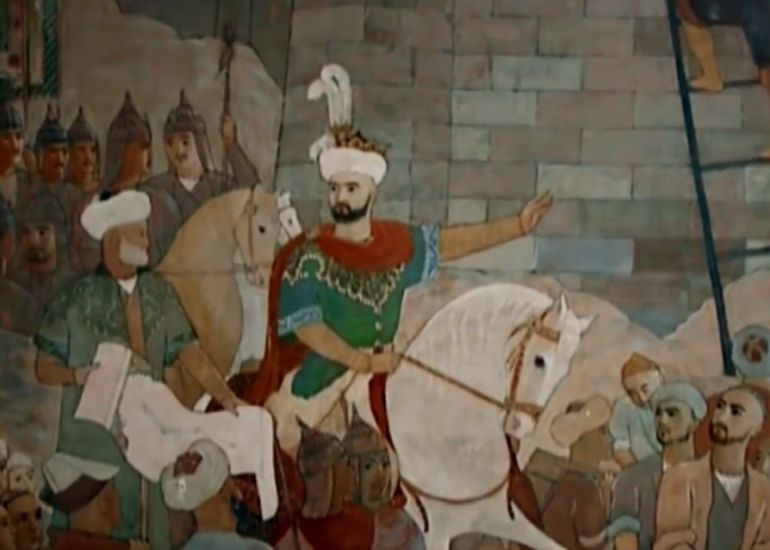 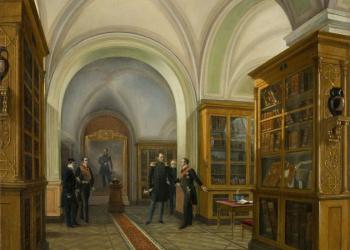 History of the Manuscript Depository 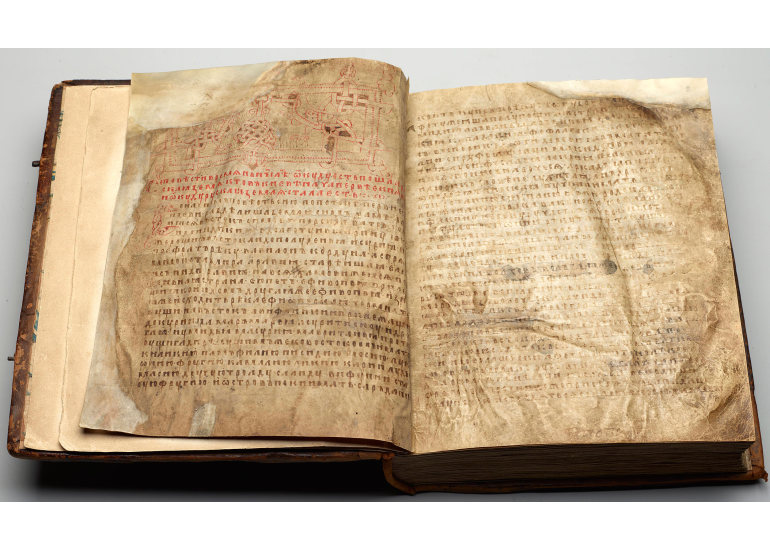 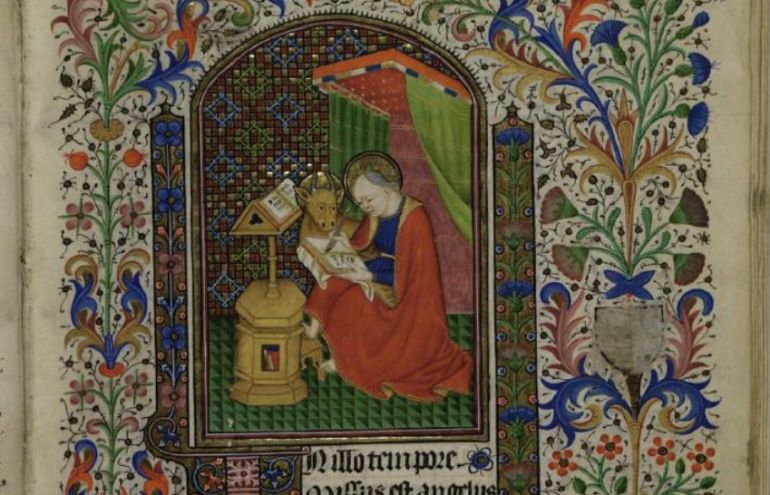 Prayer Book of Mary, Queen of Scots (Mary I Stuart) in the Digital Library